Aside from the sheer creepiness of every other detail of the Trump Tapes story, I noticed something about the reactions from many Republican politicians – they collectively imagined that the women being spoken about were related to them and thus discovered a conduit to finding within themselves sympathy for women in general.

À lá “A Time to Kill” only with sexism instead of racism.

All those clips of them explaining that they’re appalled that Trump would speak so nastily about women; because they have daughters and wives and sisters and they thought of someone saying gross things about the women they love. But I’ve never had to do a complicated jig in my head to feel sympathy for a man I was not related to. I’ve never had to think of a man or boy who has been wronged as my literal brother to understand that he is fundamentally just like me. I’ve never had to de-sexualize a man to know what comments might infringe on his dignity.

That men do this is mind-bending to me. And that’s essentially what they are having to do. Divorce attraction from womanhood and think of non-sexual (except in the case of wives who have actually become mothers) examples from their personal experience. The problem is that many men (#NotAllMen) have a general relationship to everyone and everything female that seems skewed, and deeply insulting, when it peeps out of the shadows (outside your window while you’re changing.) It’s difficult for me to understand as a woman and difficult to spot, because it’s so normal. At least in the 60s you knew where you stood! 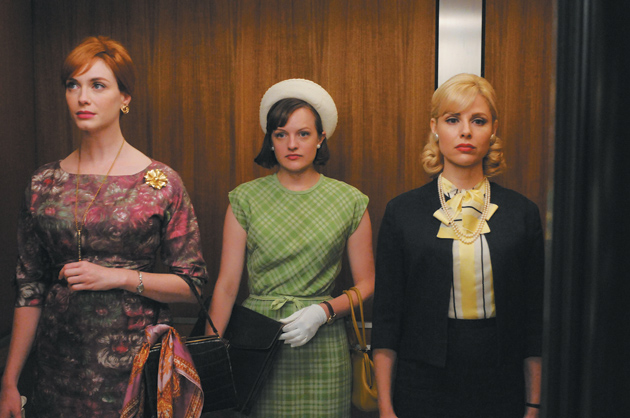 I worked in a pool hall kitchen where all my redneck male bosses couldn’t figure out how to communicate with me because I wasn’t either their mother or a whore (which is how they classified the waitresses). I baffled them completely. They stopped talking to me altogether and left me garbled notes on a whiteboard. I think the sexism we teach to boys cripples their ability to extend sympathy to women in a way most women can’t possibly understand.

It’s glimpses like this that remind me that the focus is mostly on how white men can’t possibly understand what it feels like to be degraded as a woman or other minority. Or combination of minorities.

But maybe there are differences between me and a man that I can’t possibly understand through empathy or mental gymnastics. Cultural things. Hormonal things.

I always assume every man I meet is a complicated individual with different ideas and interests and temperaments. Different levels of potential and a singular point of view. Each one a hairy snowflake.

It explodes my brain to try imagining what a man like Trump or Billy Bush or Billy Cosby or Billy Clinton really thinks when he sees a woman. To look at a person and see less than a person there that you are also compelled to violate is something I can get on my high horse about. I will be the first to throw a stone (figuratively) at men who assert power in this way. Literally, they need to be to do at least as much jail time as I have for drunk driving.